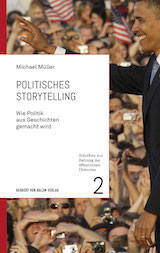 The terms “storytelling” and “narrative” have become buzzwords, states Michael Müller right on the first page of his book, and would be evaluated very differently, in part also negatively. He contends that as »storytelling animals,« we humans would be thinking in narrative structures in a wide array of areas. Our social discourses would be strongly influenced by stories, tales, and narratives, regardless of if we like it or are even aware of it. The author attributes great importance to narratives, that is, patterns with which we explain our real or perceived experiences. »Stories construct the world out of language,« writes Müller, in reference to the Russian literary scholar Juri Lotman, and argues that these models of the world significantly influence us (83). The entire world would be a »narratosphere,« a space of stories, tales, and narratives, that constitutes an important part of our understanding and comprehension of the world (89).

At the core of his argument are (meta)-narratives, i.e., stories, that are constantly repeated in various forms and thus shape the collective consciousness in significant ways. For instance, in Germany, Müller writes, this includes the narrative of hard work, which states that anyone and everyone can achieve social advancement through hard work. This would be deeply rooted in German culture, although there are many indications that, in reality, hard work contributes only a small part to success. As a further example, Müller references the capitalist market narrative »The market will fix it« while it has long been scientifically proven that markets are imperfect and can therefore also have dysfunctional effects.

What does this all have to do with political storytelling? According to Müller, anyone who wants to be successful in politics must work with narratives, because they would be far more convincing than facts and figures. These narratives then, however, would also need to be connected to meta-narratives in order to resonate positively with a recipient. One example where this specifically would not work would be universal basic income. Because the idea of a universal basic income is hardly compatible with the deeply anchored narrative of hard work, it would thus be difficult to find political majorities in favor of it.

Müller does not deliver a panacea regarding which narratives politicians should employ. Instead, he suggests to first listen and share stories, rather than just starting to tell stories yourself. As a means of countering right-wing populist narratives, such as the »Islamization of the Occident« or a »population switch« in Germany, he recommends opposing these with own strong narratives (127). After all, the work with stories in politics would always also mean working with and respectively handling identity narratives of different groups, regions, nationalities, lifestyles, orientations etc. His hypothesis is that society needs, above all things, strong alternative narratives of the future as there would be too few of those currently. And it would be very important that in a pluralistic society, many different narratives compete with each other. Because if a society would be dominated only by a few narratives and alternatives would not be longer countenanced, dictatorship would not be far away.

Müller’s book is a well-informed polemic for working with narratives in political discourse. It aims to educate rather than offering a how-to guide. Having said this, the question remains as to how powerful narratives actually are. According to the author, they have enormous significance, though he does not provide evidence for this. Without a doubt, they play an important role, but regardless of narratives, there are still real experiences of shortages, hunger, pain, and happiness that are more influential than any narrative and any ideology.

Müller substantiates his statements but does not provide any evidence in terms of empirical science. The author chose a media studies approach for the topic instead of an empirical social science approach although numerous empirical studies, especially those drawing on experiments, demonstrate the powerful impact of narratives. In this respect, the book itself is a narrative that one may give credence to – or not. However, that does not make the book any less valuable as a catalyst for inspiration; it is a productive contribution to stimulate public discourse.

Ralf Spiller is Professor of Media and Communication Management at Macromedia University of Applied Sciences, Cologne. 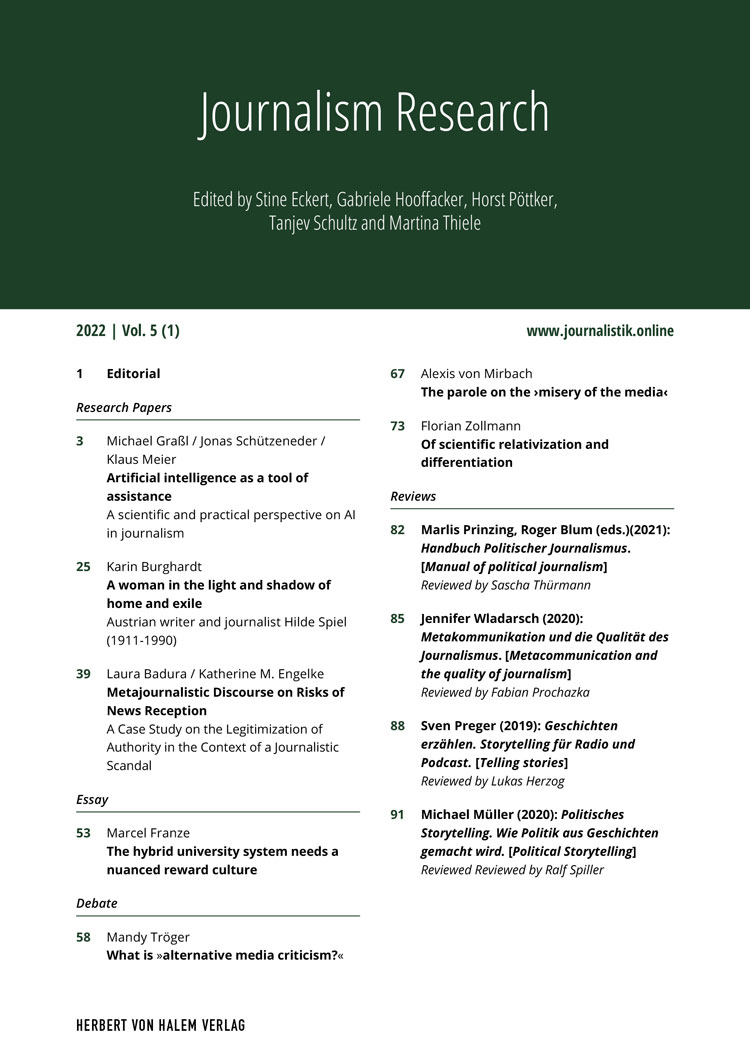