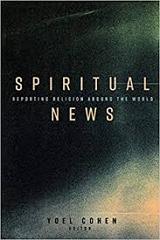 »Corruption, political intrigue, sex, violence, and fiscal irregularities make good religion news« (21). In exaggerated yet undoubtedly fitting style, Yoel Cohen describes – based on the idea that »only bad news are good news« – the common idea of religion journalism. In a total of 19 pieces, this collected volume clearly demonstrates that the topic is much more wide-ranging than this phrase suggests. What does the reporting focus on; how is its content steered; and which influencing factors determine its thrust? Spiritual News examines these and many other questions.

Against the backdrop of numerous religiously motivated debates and events currently seen all over the world, 23 international authors examine how and by whom religion journalism is shaped, influenced, practiced, and received in the 21st Century. The texts discuss what position is currently given to which religious topics in the media – including both classic mass media and new media, in both the religious and the secular press.

The authors take a comparative approach in their pieces. Starting from a broad-based insight into the global situation of religion-related media reporting, relevant events and developments in post-Soviet Russia, China, Nigeria, Saudi Arabia, Malaysia, Brazil, Israel, the USA, and the Vatican are discussed. The 418-page volume is divided into six extended sections: A) Introduction, B) Newsgathering, C) Regional Patterns, D) Media Events, E) The Influence of Religion Reporting, F) The Impact of New Media Upon Religion.

The publication analyzes how media, political systems, business, culture, and, last but not least, religion itself help to shape the reporting on religion(s) in various countries and geographical and cultural regions. Socio-cultural discourses and events with a religious connection and political dimension are presented, and the question of whether and how these are (allowed to be) handled in the respective countries is discussed. Media presentations of the debate surrounding Charlie Hebdo, »marriage for all« in France, and the LGBT community in Malaysia are just a few examples of the topics covered by the volume’s authors. Throughout, the book emphasizes the change processes to which continuing digitalization is subjecting »religious news reporting.«

In »Religious Ideologies and News Ethics: The Case of Saudi Arabia,« for example, Noha Mellor describes how religious regularities have an impact on the exercise of journalistic activities and uses specific examples to demonstrate the different ways in which domestic events with serious consequences for the population groups affected are dealt with by state-controlled media on the one hand and social media and private media groups on the other.

Babak Rahimi dedicates his piece in great detail to the topic of »Internet News, Media Technologies, and Islam: The Case of Shafaqna.« He demonstrates how new media can trigger and even shape new structures and provide food for thought within a religion: »The emergent media technologies change boundaries of self, community and the world […],« he concludes.

When does religion gain relevance as a topic for the press? What are the consequences of the respective media presence on structures within society? What are the specifics and obstacles typical of the religion journalism segment? Or, in other words: Which factors present a challenge to religion journalism as journalism? After all, as Cohen finds: »Religion is […] thought in the first instance to be a direct, almost existential challenge to the very nature of journalism […] religion is a problem because it always claims to be about something else, something beyond the rational, material world where most journalists do their work« (19f.). At the same time, however, »As more and more sources of religion news become active, it is more and more possible to contemplate challenging the once protected boundaries of clerics, religious leaders, and others in positions of authority in the various religions« (22).

One of the greatest obstacles facing religion reporters is access to reliable sources on the ground (cf. 68ff., 79, 83, 96) – »knowing whom to contact can be half the battle« (84). However, not every religious (or political or religious-political) system offers the required opportunities. Another problem is also the frequent lack of trust in media professionals (cf. 69f.). Finally, the text highlights potential risks that this group of professionals in particular sees itself facing (cf. 72).

Ever »since the advent of the first newspapers, the relationship between the church and journalism has been laden with tension« (Kaiser 2012: 120). One possible explanation for this mistrust on the part of clerics is the idea that journalism and the media are anti-religious (cf. 7, 53). But it is also worth taking into account the following perspective, which considers the »functional similarities between the two professions […]: Both in the pulpit and in editorial offices, priests and journalists perceive the world in a professional context, interpret it from different perspectives, fulfil an educational role, provide assistance and counselling, and take a critical position against injustices in society« (Kaiser 2012: 120).

We thus see a clash between two different systems with the same ambitions, competing with one another. For journalistic practice, this presents the following problem: Can a religious person also be a religion journalist (cf. 53ff, 63)? Or, in other words: To what extent can objective, value-free reporting be guaranteed despite a journalist belonging to a religion and living according to religious practices (cf. 56ff, 63f)?

Describing the professional group of »Vaticanologists,« Chapter 4 of this volume is of particular interest in this context. Vaticanologists are responsible for reporting in the Vatican’s own press, among others. The author of the chapter, Miriam Diez Bosch, stresses that: »A Papal liturgy cannot be covered by any run of the mill journalist« (78). Reporting on the Vatican, she writes, requires experts with a deep understanding of the history, theology, liturgy, and art of the Catholic Church, as well as of international politics (cf. 78). »Vaticanologists« work with a range of journalistic formats and report across different media, not least in order to also reach non-Catholics (cf. 87).

Chapter 17 is also very insightful in this context. In »The Catholic Church and Twitter,» Daniel Arasa, Lorenzo Cantoni, and Juan Narbona discuss the transformation in the nature of the Catholic Church’s media presence as a result of social media, and Twitter in particular. As well as the Vatican’s in-house media and websites, which are addressed in Chapter 4, the authors also emphasize the use of social media in Chapter 17: »The Vatican also has a presence on […] YouTube (November 2005), Facebook (June 2011), and Instagram (October 2013). […] Twitter is the most popular tool for spreading breaking news and ideas in most countries […], in March 2013, Pope Francis chose to use the microblog to communicate not only with Catholics, but also with many non-believers« (330f.).

A clear consequence is the fact that religion is no longer a purely private matter. Now that everyday life has become unthinkable without the internet, and even more so with Web 2.0, religion has become part of the public debate (cf. 4). The wider public’s need for understanding of and insistence on the right to a say on religion determines the socio-cultural discourse in the modern age (cf. 16). At the same time, religion(s) have to rely on publicity through a media presence in order to maintain their own existence (cf. 24).

The volume reviewed here succeeds not only in summarizing the current issues, illuminating situations from a range of perspectives while relating them to specific current global events, and using this as a basis to make predictions (cf. 25), but also in providing information on significant historical facts that help to understand what has been presented. Yoel Cohen has managed to discuss religion comprehensively as an object of international reporting and to add a key volume to the academic library in this specialist field, which has been somewhat lacking up to now.

This work will benefit both up-and-coming religion journalists and those who are interested in world events and want to both gain better understanding of dealing with the media and take a closer look at religion-related content and global developments and trends of change on a sociocultural level in a religious context.

Nigjar Marduchaeva gained a bachelor’s degree in Jewish Studies, Islamic Studies and the History and Culture of the Middle East (FU Berlin, HU Jerusalem and others). She is currently studying for a master’s degree in Media Science (TU Berlin. 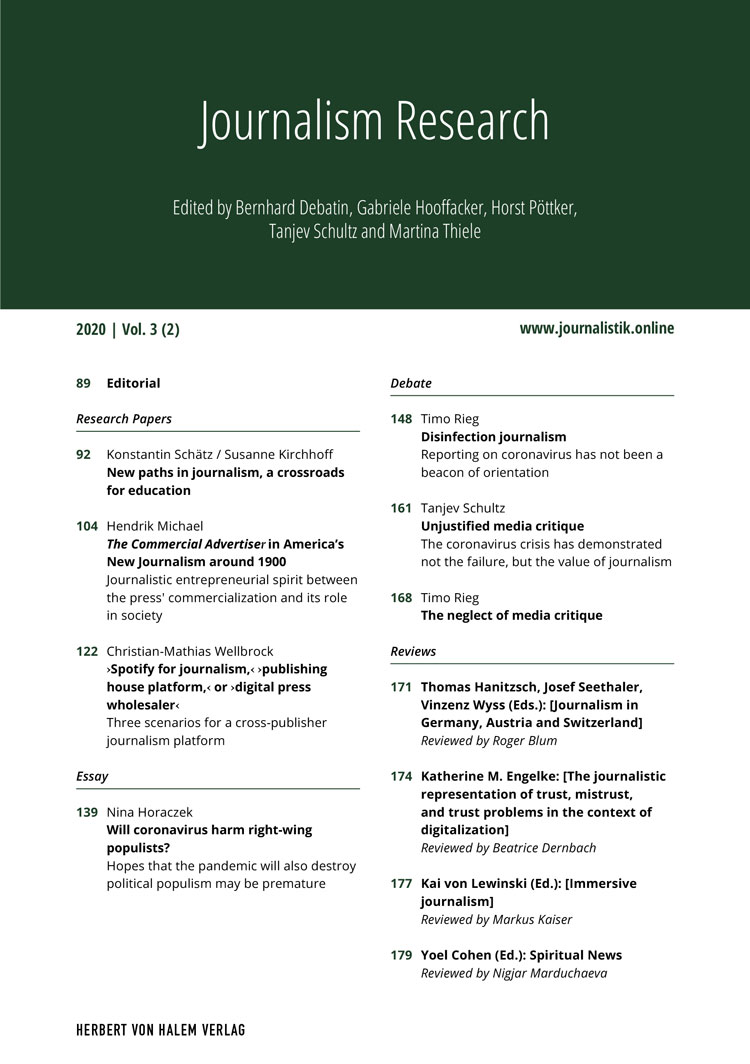