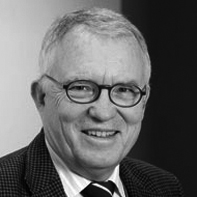 Horst Pöttker, born in Hamburg in 1944, is a retired Professor of the Theory and Practice of Journalism at TU Dortmund University and Senior Professor at Hamburg University. Before this, he spent more than ten years as Editor of the magazine medium at the Gemeinschaftswerk der Evangelischen Publizistik. During his career, guest professorships and extended periods of research took him to the universities of Leipzig, Iowa, Rostov a. D., Vienna and Stavropol. Horst Pöttker studied Sociology, German Philology, Philosophy and Mathematics at the universities of Hamburg, Zürich, Kiel and Basle. He completed his doctorate at the University of Basle with an extensive investigation into the democratic quality of the content of German daily newspapers, including epistemic, democratic theory and empirical sections. Appointed a Professor in Sociology at the University of Siegen, specializing in Communication and PR, he gained this position with an action-theoretical study on the phenomenon of alienation and the way it is compensated in modern societies.