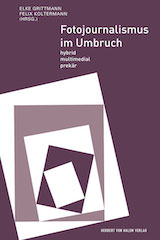 Following the 2008 publication of Global, lokal, digital: Fotojournalismus heute, which can, without exaggeration, be considered a milestone in journalism research, Elke Grittmann and her co-author Felix Koltermann are now presenting a follow-up volume: Fotojournalismus im Umbruch – hybrid, multimedial, prekär is a compilation of 18 contributions from academia and practice, providing a multifaceted, up-to-date overview of the profession of photojournalism. In four chapters, 14 authors examine the digital image market, photojournalism as a profession, current image editing practices, and the changing forms of photojournalistic presentation.

This extraordinary breadth of topics is evidence of the authors’ ambition to create the next big reference work on the subject, which they impressively deliver on 451 pages: In addition to must-have topics such as the legal framework for photojournalistic work (Dorothe Lanc), the book, commendably, also sheds light on marginal areas. Winfried Gerling, for example, provides a vivid, concrete description of the technical possibilities of modern photo forensics, while Michaela Zöhrer describes how cooperation with NGOs can be a rewarding side gig for photojournalists. As such, the volume is simply an indispensable trove of knowledge for students and researchers alike.

And it is a pleasant read, too: Felix Koltermann’s interview with photojournalist Marcelo Hernandez is a real delight thanks to his candid, authentic anecdotes from his work for Hamburger Abendblatt. Refreshingly, the interviewer skillfully leverages the possibilities of the narrative format to not only gather facts, but also showcase this Hamburg original’s personality and mindset. The interview format is used more than once, sometimes in the form of double interviews, which, however, tend to throw too many softballs and are thus hardly conducive to genuine debate.

The other contributions are much more academic, which, in addition to the book’s obvious strengths, also illustrates a – perhaps inevitable – weakness: While the descriptive approach shows the current state of photojournalism, often in clear contrast to an undefined »back in the old days,« the insights are not analyzed for any future guidance, let alone practical recommendations. Lars Bauernschmitt’s contribution on the development of the agency market clearly shows the dilemma of scientific publications: While his study does use reliable figures to support the general »gut feeling« that we are facing an increasing consolidation of photojournalistic intermediaries, he ultimately fails to draw a conclusion.

As exciting as this book may be, it is regrettable that it fails to open up any perspectives on potentials and opportunities. For example, Robin Meyer and Thomas Horky briefly mention that today’s established sports photographers are confronted with »new« technologies such as drones and GoPros, yet they fail to explore how such a business model works and what (aspiring) practitioners can do to set themselves apart in such an environment. Instead, they discuss access restrictions, ever-intensifying time pressures, and athletes’ selfies, without exploring possible solutions to these issues.

In addition, several of the authors seem to depart from the »ideal« of a permanently employed staff photographer, like back in the 1970s and 1980s. For example, Felix Koltermann’s intellectually compelling analytical model ultimately remains confined to the structures of a newsroom at a (national) daily newspaper, often referencing the good old offline world. Only a sidenote at the end of the chapter is dedicated to actual newsroom reality.

This is all the more surprising since this ideal image, quite indisputably, has not been representative of professional photojournalism since the turn of the millennium. It is even debatable whether the phenomena of hybridity and convergence in the industry, as postulated in the preface, are even a novelty at all: In many local newsrooms, photojournalistic tasks have always been cross-sectional. In this respect, the debate on stock photography, which gets a lot of attention in many of the contributions, does seem important, but a little academic: Generic images are not an invention of the Internet age.

Hence, this volume is mainly also a ramp from which to launch further research projects. It would, for example, be interesting to gain first-hand insights into the everyday work of »Generation Stock Photo« and their outlook on the future of their profession. In her article, Evelyn Runge describes the basic workings of iStock and the like, even introducing a new term, that of a »stock producer« as opposed to a »photojournalist.« However, she does not delve deep enough into how such »producers« can generate revenue. Neither does she provide an outlook on future developments, such as the role of artificial intelligence in keywording.

In summary, the authors deserve great thanks for stimulating fruitful debates. In this spirit, this book should be seen primarily as an invitation for in-depth research, rather than an answer to any and all questions.

This review first appeared in rezensionen:kommunikation:medien, 14 July 2022, accessible at https://www.rkm-journal.de/archives/23346

Julian J. Rossig, founder of the editorial office »knowledge incorporated,« worked as a photographer for dpa, Spiegel-Online, and others. His volume Fotojournalismus was published by Herbert von Halem Verlag (3rd edition 2014). The author holds a PhD from the International School of Management in Paris. 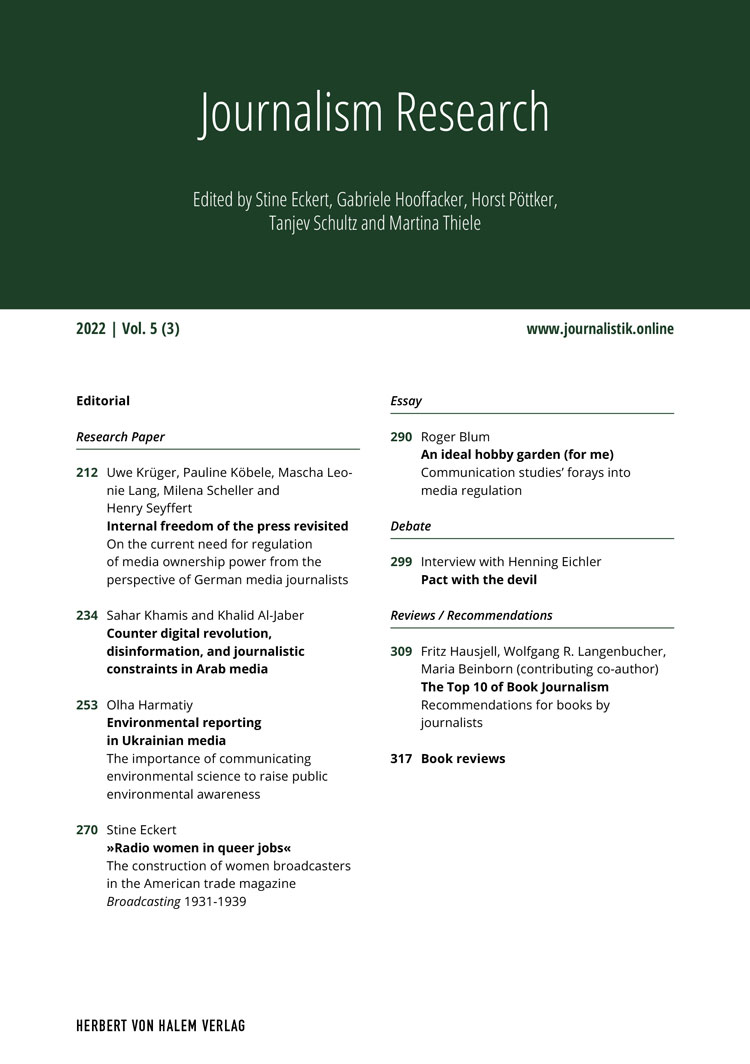