This awaits you in number 1/2019 of Journalism Research. continue to article

by Michael Meyen / This paper investigates the way politics, media practice, and academia interact using the example of journalism studies in the early GDR. How do the social constraints and the requirements of editorial offices influence teaching and research?   continue to article

News in portrait format How can the story format on social media channels be used in a journalistic context?

by Theresa Möckel / For which journalistic situations are stories on social media platforms suitable? What do most young users expect from a story? This paper reveals what stories offer in narrative and journalistic formats. The author analyzed news stories, before creating a sample story, presenting it to a selected target audience, and evaluating it in an online survey. She then used this survey as the basis for a recommendation on how to use stories in journalism. continue to article

Between information, dramatization, and entertainment An analysis of the role and self-image of tabloid journalism

by Jonas Schützeneder / Hack or entertainer? Masterly investigation or fearmongering? Tabloid journalism and its actors live by exaggerating content and emotionalizing issues. Although they are regularly criticized for this, their products are consumed by a majority of the population. Much research has been conducted into the balance between information, drama, and entertainment, but the personal perspective of the journalists is frequently neglected. How do the journalists describe their role? A qualitative survey of 14 German journalists shows that tabloid journalism and sensitivity are not mutually exclusive and that digitalization is bringing with it entirely new opportunities and challenges. continue to article

The need for local, everyday information The importance of local journalism in the world of digital media

by Wiebke Möhring / Information about where they live is very important to readers – people have a fundamental need to be well-informed about their surroundings. Local journalism is also considered extremely relevant and important at society level. So why does Communication Studies so often take such an anxious view of it? This essay looks at the local journalism on offer, the state it is in, and the challenges it faces. continue to article

by Gunter Reus / Yes, there is a place for fictionality in journalism. Transparency is the key. continue to article

by Tanjev Schultz / No, there is no place for fictionality in journalism. On the difference between fictional and factual storytelling. continue to article

reviewed by Julia Lönnendonker / “Gendering War and Peace Reporting” examines the role of gender in war reporting. Reporting on war has traditionally been dominated by men. The editors consider whether the increasing presence of women – both as war reporters and as actors in the military and politics – has changed reporting from the front and whether the female perspective has led to a greater focus on the victims of war, rather than the technical and strategic aspects that dominated in the past. continue to article

reviewed by Guido Keel / Journalists make mistakes, just like any other profession. But long-serving Mainz-based communication studies expert Hans Mathias Kepplinger believes that these errors are more significant than most. In his view, they contribute directly to the loss of trust in the media – a problem for a democratic society that relies on its citizens being able to trust the media. continue to article

reviewed by Konrad Dussel / When covering the history of broadcasting, most writers limit themselves to cultivating a niche that understandably attracts little attention outside its narrow boundaries. But with her prize-winning dissertation under the supervision of Frank Bösch, Anna Jehle has now written a book that deserves broader appeal. continue to article

reviewed by Katherine M. Engelke / Why should we listen to journalists? According to Matt Carlson, the answer to this question lies in their journalistic authority. Having found only superficial reference to this topic in the literature up to now, (cf. 3), Carlson addresses both it and another question – Where does journalism get its authority from? – in his book. continue to article 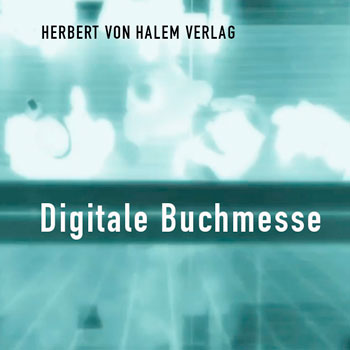